Like many Idaho towns, Meridian owes its existence to the development of an irrigation system. Its earliest settlers lived along Five Mile Creek, where water was available most of the year. The first school opened in 1885, and a post office opened along the rail line from Boise to Nampa soon after. It was named Hunter. When the Settlers Ditch brought irrigation water in 1892, the population grew. In 1893, an Order of Odd Fellows Lodge was established and chose the name Meridian, because the surveyor’s meridian passes through the town. Lodge members surveyed the town site and named it Meridian after the lodge. 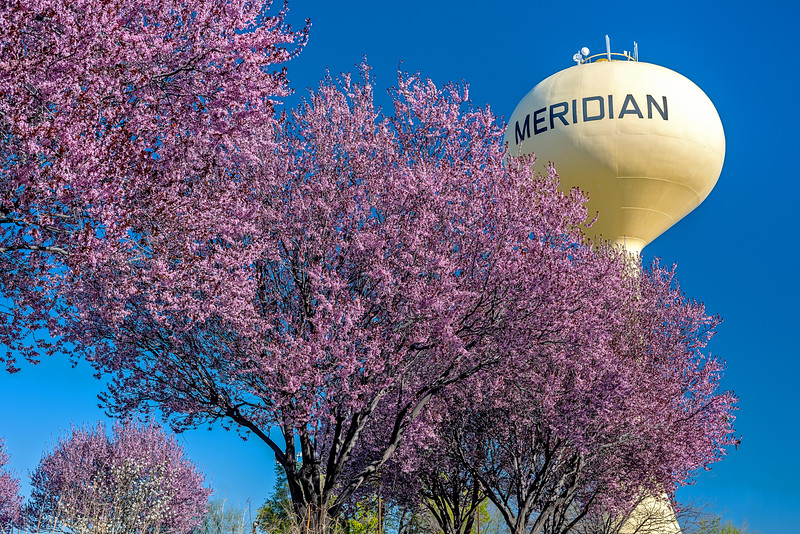 Farmers planted large fruit orchards, establishing an industry that thrived through the 1940s. The first creamery was built in 1897 and when other dairying related businesses followed, the town became known as a dairy center for the state.

Meridian still celebrates its roots in the dairy industry, with Meridian Dairy Days, held each June. Other fun festivities include the Chili Cook-off in January and the Scarecrow Festival in October.